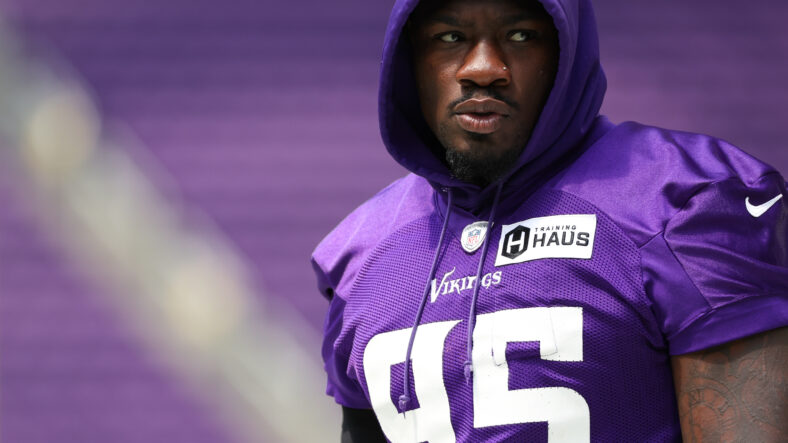 The following questions are about current Minnesota Vikings topics, answered by PurplePTSD. Today is the September 14th edition, addressed in a from-the-hip fashion. If you have questions, please email them to [email protected]

Q: Will Janarius Robinson serve as an informant to the Eagles after leaving the Vikings to join that franchise on Tuesday?

Will it matter, though — is the question to ponder. Robinson isn’t some big Vikings lifer, stuffed to the gills with trade secrets. He’s never played a regular season game and lived on the practice squad for the last couple of weeks.

Robinson was a promising draft pick by Rick Spielman, who, like many others from the 2021 draft class, evidently did not impress the Vikings new coaching staff.

He now plays for the Eagles and likely isn’t a savant or guru of all things Vikings.

Q: How are the Vikings underdogs when they just thoroughly beat the Packers, but the Eagles narrowly survived the Lions?

The Eagles have tons of playmakers on offense and defense. And with the point spread sitting at 2.5 points, the teams are considered talent bedfellows, with the Eagles getting nearly three points because they’re at home.

The Vikings should focus on exorcising Monday night road demons. Minnesota hasn’t beat a non-Bears team on the road, on a Monday night, since 2008.

Q: Are you worried about the Vikings run defense against the Eagles?

While the Vikings probably schemed last Sunday’s defense specifically to shut down the Packers passing attack and thus “ignored” the run defense a bit, they surrendered 6.2 yards per rush. The Eagles employ about 4-5 dudes who can churn yardage on the ground, plus a mobile quarterback in Jalen Hurts.

Yet, just as Vikings defensive coordinator Ed Donatell schemed the Packers to stop the pass, he’ll likely do the same for Philadelphia — but with the run.

Overall, though, the Vikings run defense hasn’t been very good since 2019.