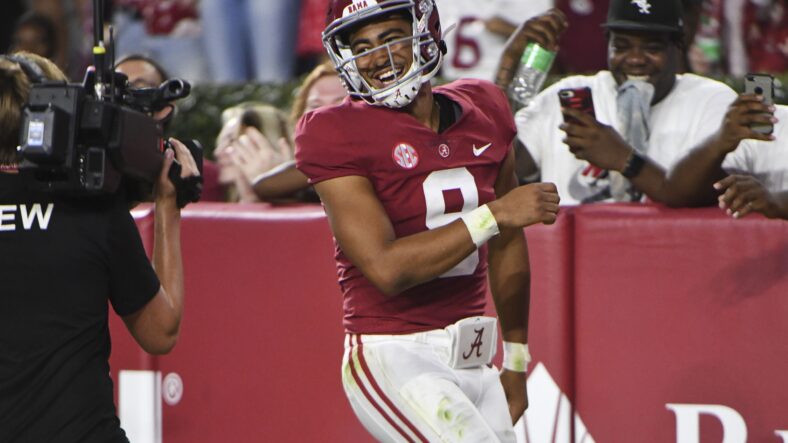 We’re just about a month into the college football season, and given that I am a self-proclaimed NFL Draft nerd here at PurplePTSD.com, it seemed like a good idea to periodically go through each position and check in on some of the top prospects for the 2023 Draft. Today, we’ll go over each of the offensive positions, and tomorrow we’ll discuss the defense.

Time to eat some crow. After Week 1, I declared Anthony Richardson a first-round draft pick, and we’re now through three games without a single touchdown pass from the Gators QB.

Of all the players on this list, Will Levis is really the most proven with Kentucky’s strong win over Florida, but we should learn a lot about CJ Stroud this weekend against the Wisconsin Badgers defense. He struggled a little bit against that Notre Dame defense, but it’s hard to expect that game to go well when Jaxon Smith-Njigba is in and out of the game all afternoon. This weekend will be a much better indicator.

After coming back from his Achilles tear, Mohamed Ibrahim came into this 2022 season with a vengeance. It’s going to be very hard to unseat Bijan Robinson at the top, but if Ibrahim keeps this pace up (155 yards per game), he can very easily jump up to No. 2 within the next few weeks.

It certainly is concerning that we haven’t seen a ton of Jaxon Smith-Njigba to this point in the season, but we have to keep in mind that last year he was the lead receiver on a team that featured Garrett Wilson and Chris Olave. He stays in the WR1 spot for now, until someone takes it from him.

On the other hand, Kayshon Boutte’s poor showing against Florida State has continued into Week 4. LSU is going to need him to take full control of that WR1 spot for the Tigers to have any chance at competing in the SEC, but the odds of that happening keep dropping.

Arik Gilbert remains on this list for now because of how well he played during his freshman season, but he wasn’t even with the team for the matchup with South Carolina. If things don’t get worked out, Georgia will be fine with Brock Bowers, but Gilbert could tank his draft stock considering he hasn’t caught a ball since the 2020 season.

These five players on this list are very much in the same tier right now, but I keep Peter Skoronski on top considering he has the same build and playstyle as former Northwestern tackle Rashawn Slater. Slater’s skillset has translated extremely well to the NFL, so it doesn’t make sense to think any differently of Skoronski at this point.

Andrew Vorhees is the most versatile player on this list, given his experience at both tackle and guard. That could boost his value going into the draft, but Cooper Beebe is the best pure guard in this class. As for the Vikings fans out there, keep an eye on Minnesota Gopher center John Michael Schmitz. Because of his age, he could very well be available in the second round. 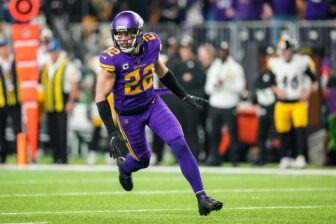