A Vikings Preview for Week 5 vs. Bears 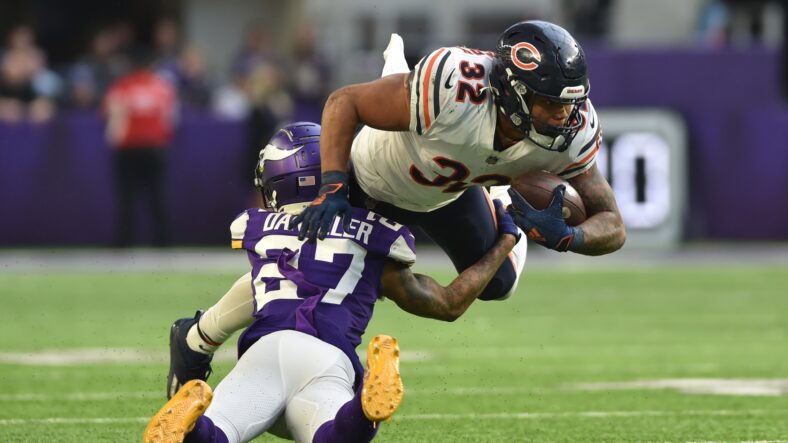 This is Episode 136 of VikesNow, a YouTube channel devoted to daily Minnesota Vikings analysis. This episode features Bryant McKinnie, Raun Sawh, Cora from Woodbury, and Dustin Baker breaking down Vikings-Bears.

Particularly, predictions, fears, and early-season MVPs for the Vikings are discussed.

The Vikings knocked off the New Orleans Saints in Week 4, 28-25, courtesy of special teams mojo and a superb game-winning drive from Kirk Cousins. Kicker Greg Joseph saved the day with five field goals, although he curiously missed one crucial extra point. He earned NFC Special Teams Player of the Week for his performance.

Wide receiver Justin Jefferson returned to form for 10 catches, 147 receiving yards, and a rushing touchdown as Minnesota took care of a team without its QB1, RB1, WR1, and LG.

The Vikings are early seven-point home favorites against the rival Chicago Bears, who lost in Week 4 at the New York Giants, 20-12. The Green Bay Packers also won in Week 4, beating the New England Patriots, but the Vikings stay on top of the NFC North thanks to tiebreakers. Minnesota is the NFC’s No. 2 seed as of October 6th.

Lewis Cine was lost to a broken leg, a disappointing development for the Vikings 1st-Rounder, who was a special teams contributor through four games. The Vikings drafted Cine as a plan for life after Harrison Smith, but the Georgia alumnus won’t see a regular season field again until 2023. Minnesota will ask safeties Josh Metellus and Myles Dorn to step up in Cine’s stead. The Vikings also signed a familiar name at safety on Wednesday — Mike Brown — who spent the summer with the organization.