Exciting Week 1 Games Across the Division 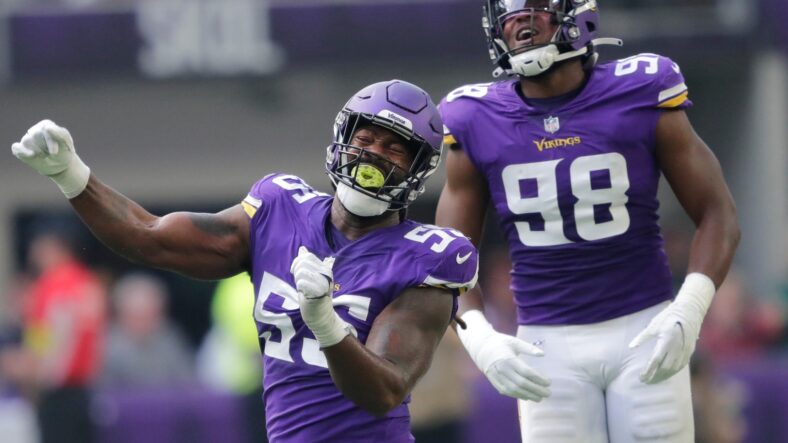 Week 1 of the NFL season did not disappoint as there were a number of terrific games across the league. In particular, the NFC North had multiple exciting games in the NFL’s opening weekend. Now, as we head into Week 2, let’s take a look back at what happened around the division on Sunday.

It was a slop fest at Soldier Field when the Chicago Bears took on the San Francisco 49ers.Due to heavy rainfall, the playing surface had turned into the equivalent of a small pond, but it didn’t faze the Bears. Everyone has gone into this season doubting the Chicago Bears, and whether or not they surrounded Justin Fields with enough weapons, myself included.

None of it mattered on Sunday. After a bit of a slow start, Fields took advantage of a slippery, wet field to buy time in the backfield with his legs, and he made a number of strong throws to help secure a 19-10 victory over the 49ers. The offense celebrated the victory with a team victory slide through the wet end zone.

After beating one 2021 NFC playoff team, the Bears will have to go on the road next week and face another one on Sunday Night Football as they take on the Green Bay Packers in Lambeau.

The Detroit Lions simply couldn’t contain the Philadelphia Eagles offense on Sunday afternoon. After jumping out to a 7-0 lead in the first quarter, the Lions allowed Jalen Hurts and the Eagles score 24 points in the second quarter and trailed 24-14 going into halftime.

Detroit trimmed the lead down to 38-35 with just under four minutes remaining in the game, but the run defense could not stop Philly. After a disappointing loss, the Lions now must host a Washington Commanders team that proved explosive this week.

The only divisional matchup of the weekend was fought between the two teams that will likely battle for the division title to the end of the year. This time around, the Minnesota Vikings came out on top with a 23-7 victory, largely because of the connection between Kirk Cousins and Justin Jefferson.

Jefferson caught nine passes for 184 yards and a pair of touchdowns, beginning his journey for 2000 yards on a high note. Meanwhile, Aaron Rodgers struggled to connect with his new receivers for much of the afternoon. It didn’t help that Christian Watson dropped this pass that he could have walked into the end zone in the first quarter.

For Minnesota, this is a massive win as they hope to unseat the reigning division champs and make the playoffs for the first time since 2019. This week, they will head to Philadelphia and play the aforementioned Eagles on Monday Night Football. As for the Packers, they played just as poorly, if not worse, last season in Week 1 against the New Orleans Saints. There’s very little reason to believe this team won’t figure things out as they head into a Sunday Night Football matchup against the Chicago Bears.