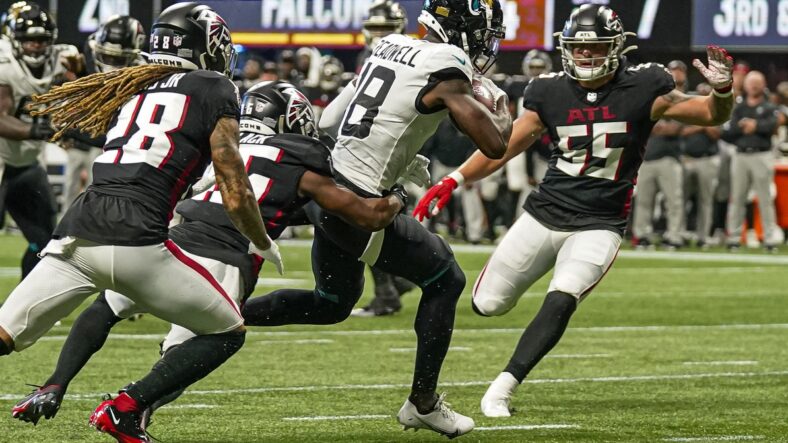 In 2016, the Minnesota Vikings selected Laquon Treadwell 23rd overall. At the time, the hope was that he’d be an excellent complement to the offense. Unfortunately, things didn’t work out, so Treadwell has since played for the Atlanta Falcons and Jacksonville Jaguars.

His latest opportunity is with Bill Belichick and the New England Patriots.

Field Yates provides some of the details:

Laquon Treadwell played for the Vikings for four seasons. In that time, he had 65 catches, 701 yards, and 2 touchdowns. Overall, it was a discouraging stretch for the first-round receiver. He did put up some better stats in Jacksonville.

Looking back, we can see that there were several players who should have been chosen 23rd. Kenny Clark, a great DT for the Packers, was drafted 27th. Chris Jones went 37th, Xavien Howard went 38th, Derrick Henry went 45th, and James Bradberry went 62nd. These handful of players underscore that Minnesota could have done better with their 2016 first-round selection.

The New England depth chart may allow for some added help at receiver. There are currently seven players at receiver on their roster. One wonders if Laquon Treadwell can show that he’s a better option than one or two other depth players. Or, perhaps, an injury opens an opportunity for Treadwell to ascend to the active roster.

For the most part, Vikings fans focus their attention on supporting their team. It can also be good to follow the careers of former Vikings, though.

Hopefully, Treadwell finds some opportunity to get onto the field in New England. If he can be a trusted pass catcher for Mac Jones, Treadwell may be able to settle in for a few years and provide his team with some strong play.