Irv Smith Jr. Is Ready to Go for Sunday 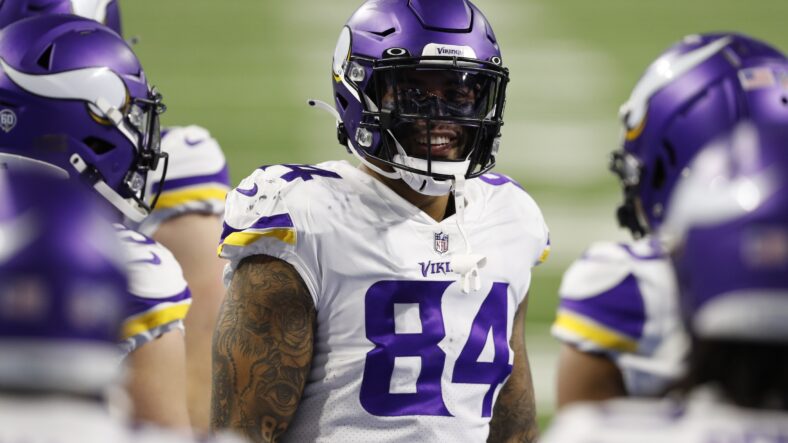 Over the past two years, Irv Smith Jr. has been touted as a breakout candidate for the Minnesota Vikings, but every year, there’s been some sort of roadblock in the way. In 2020, he was still Kyle Rudolph’s backup, then in 2021 he tore his meniscus in preseason and missed the entire regular season. In the very first padded practice of training camp this year, Smith seemed like he hit another roadblock when he injured his thumb and required surgery. That said, it appears that Irv Smith is ready to go for Sunday afternoon against the Packers.

Smith missed the entire preseason with his thumb injury, and the key Vikings starters did not play any snaps of the exhibition games, so this is the first chance that we will get to see the full Minnesota offense. It is also Irv Smith’s first regular season action since January 3rd, 2021, after his torn meniscus.

The Minnesota Vikings have a severe lack of depth at the tight end position, and Smith’s presence will be vital towards getting any production out of that group. Behind him, the only tight ends on the 53-man roster are Johnny Mundt and Ben Ellefson. This is after the Vikings cut both Zach Davidson and Nick Muse last week.

Assuming Smith remains healthy this year, he should develop into a very strong threat as a receiver. During 2020, Smith caught 30 passes for 365 yards and five touchdowns, including three scores in the final four weeks. With the trio of Justin Jefferson, KJ Osborn, and Adam Thielen at wide receiver, a fourth target at the tight end spot will create headaches for opposing defenses this year.