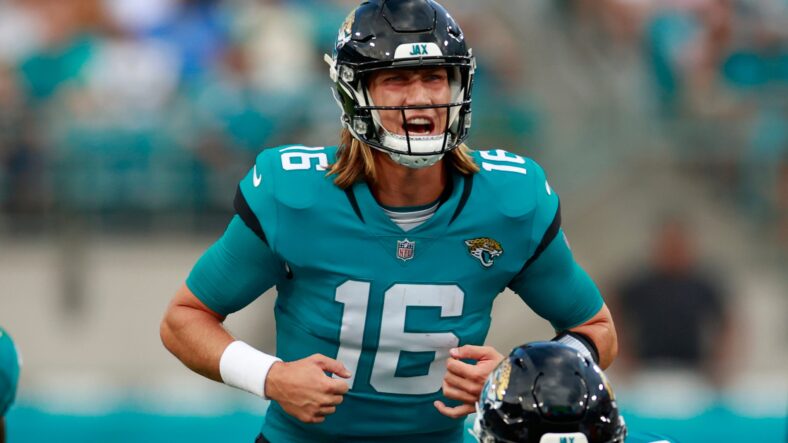 Working under new head coach Doug Pederson could be a boon for Trevor Lawrence’s fantasy value.

While we continue the tour across the NFL in this year’s standings predictions, we’ve reached what I consider to be the most unpredictable division in the league. There’s a world where each team in the AFC South struggles to stay above .500, or perhaps one of them can emerge as a true contender in the AFC. Here’s where I landed on each team in the division heading into 2022.

The Colts aren’t going to be a world-stopper, but with a strong defense, arguably the best running back in the league, and a game manager at QB in Matt Ryan, they should be able to come away with enough wins to take the AFC South. That is, as long as they can beat Houston in the season finale.

2022 is the year where we finally start to see Trevor Lawrence’s potential at QB. After a season from hell with Urban Meyer as the head coach, the Jaguars get a fresh start with Doug Pederson, and they add another of their first-round picks from 2021 back to the lineup in RB Travis Etienne. Etienne and Lawrence were a lethal duo at Clemson, and they should be discussed more as an effective pairing in the NFL as well. The days of Jacksonville living in the cellar of the NFL are over.

We started seeing signs of weakness from Ryan Tannehill down the stretch of the 2021 season, and we may have to sound the alarms in 2022. On top of that, they traded away their established wide receiver, AJ Brown and have to hope that Derrick Henry can return back to his king form. The Titans will take a step back this year with a difficult schedule.

Davis Mills showed positive signs as a QB, at times being the best rookie of the 2021 draft class at the position. They also got one of the most intriguing draft prospects of the 2022 class in CB Derek Stingley Jr. As they try to get the stink off Deshaun Watson off of them, this franchise may finally start turning around in the near future, but with the AFC West on the schedule this year, they might have to spend at least one year at the bottom of the AFC South.