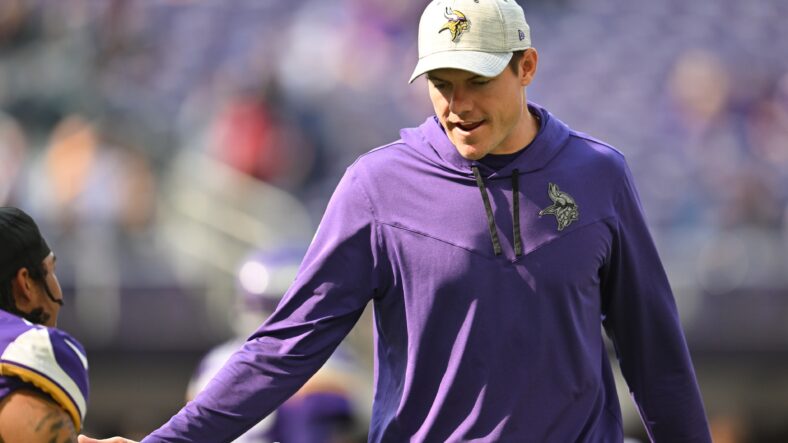 Over the past few weeks, the Minnesota Vikings have been banged up and dealing with numerous lingering injuries. It makes sense given that the team played three games over the course of 12 days, but the hope is that the team would begin getting healthy over their mini-bye week during the Thanksgiving holiday.

Ahead of Monday’s practice, head coach Kevin O’Connell gave updates on 4 injured Vikings that have been part of this large group of injuries.

Both left tackle Christian Darrisaw and cornerback Akayleb Evans have missed time over the past few weeks because of concussions. Darrisaw suffered concussions in back-to-back weeks, forcing him to sit out Minnesota’s Thanksgiving game against the New England Patriots.

It sounds like both players are progressing nicely, though, as O’Connell said both players should get practice time in this week, and Evans participated in Monday’s practice in a red no-hit jersey.

With Cameron Dantzler still on IR, Evans should be in line to start this weekend if he’s healthy enough to play. And for Darrisaw, the starting spot will be his for the taking as soon as he’s ready to return to the offensive line.

Speaking of Cameron Dantzler, he has been on IR for the past three games with an ankle injury. However, following the Vikings Week 13 game against the New York Jets, he is eligible to be taken off injured reserve if he is healthy.

O’Connell gave another positive update on the Vikings CB2 as well, saying that the hope is for him to come off of IR next week. It remains to be seen if he’ll be healthy enough to be play in Week 14 at Detroit, a game that could clinch the NFC North for the Vikings if they do not do so this weekend.

Regardless, a return to the field for Dantzler would be a very welcomed sight to the Vikings secondary, given how many injuries that group is dealing with right now.

The Vikings announced on Monday morning that rookie cornerback Andrew Booth Jr. would be undergoing a knee surgery to repair the injury he suffered against the Dallas Cowboys. O’Connell revealed that the procedure was to repair his meniscus, but it remains unclear as to how long exactly Booth will be out.

Essentially, the Vikings head coach gave two options: either Booth can return in January, or he will miss the remainder of the season. It was a meniscus tear that kept TE Irv Smith Jr. out for the entirety of the 2021 season, so this is news that the Vikings and their fans are all too familiar with. At any rate, the rookie CB will be out for an extended period of time. 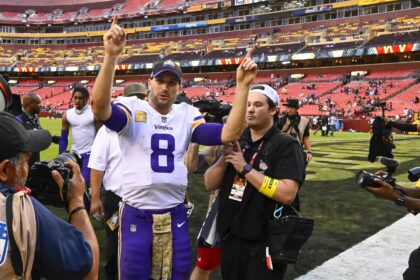