The AFC West Is a Juggernaut 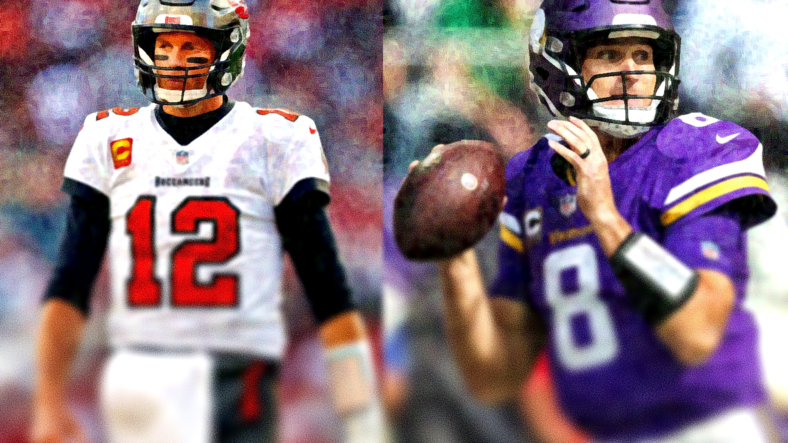 We’ve made it. The 2022 NFL season is just two days away with the regular season kicking off on Thursday night as the Buffalo Bills take on the Los Angeles Rams in SoFi Stadium. Before that gets here, here is a preview of each NFL team heading into Week 1, including the juggernaut that is the AFC West.

The only thing that causes concern about the Buffalo Bills right now is the fact that everyone is picking them for the Super Bowl. The offense is a well-oiled machine, and their defense should remain strong in 2022 as well.

The Kansas City Chiefs got off to a strangely sluggish start in 2021, but looking at their early season schedule in 2022, there shouldn’t be such a start this year. If this team gets hot and stays that way, this should be a favorite to win the AFC once again.

The Los Angeles Chargers relied on Justin Herbert to do absolutely everything last year, and that was nearly enough to make the playoffs. This offseason, they made a stronger defense with additions of Khalil Mack and JC Jackson, and they’ve continued to improve the offensive line.

The NFC is completely wide-open right now, but it would be foolish not to put the reigning Super Bowl champs at the top. Matthew Stafford is on track to play in Week 1, and if he stays healthy, this team should stay competitive in 2022.

Forget about a Super Bowl hangover with the Bengals. No one expected Cincinnati to make a playoff run last year, and they maintained their coaching staff into 2022. Behind Joe Burrow and a litany of weapons, this team should make another run this season.

The Packers probably take a step back in 2022, but any team with Aaron Rodgers is going to be tough to beat. On top of that, this defense looks like one of the best units in the NFL this year. They will win the NFC North again and be a threat going into the playoffs.

The Denver Broncos have been a quarterback away from being a competitive football team, and they fixed that problem with the addition of Russell Wilson. Unfortunately, they chose to fix that problem in the year where the AFC West became a juggernaut.

In one of the weirdest offseasons we’ve ever seen, Tom Brady is still the QB despite retiring, un-retiring, and taking 10 days off in the middle of training camp. There are also some concerns on the offensive line and with their skill positions, but the defense will keep them in the mix.

Trey Lance is an up-and-coming QB, and there may be some growing pains early in the season. However, Kyle Shanahan has proven in the past (RG3) that he can create offenses around this archetype of player.

Baltimore had just about everything go wrong last year and still won eight games. With Lamar Jackson in a contract year, the Ravens should bounce back.

The Raiders are a very talented team, but unfortunately, they loaded up on this talent at the same time as everyone else in their division.

The Eagles were a fringe playoff team in 2021, though now they look poised to compete in 2022. Their defense is going to be one of the best units in the league while AJ Brown gives Jalen Hurts another target to throw to.

Kevin O’Connell and his new staff have brought a new flare to the Vikings organization. The Green Bay Packers may still be top dog in the NFC North, but Minnesota is much closer than they have been in the past two years.

Alvin Kamara, Michael Thomas, and Jameis Winston return to the lineup healthy this year. For an offense that struggled mightily to put points on the board in 2021, this is huge for them to compete for an NFC South title.

Jacksonville spoiled Indianapolis’ chance at dancing in the playoffs last year, opening the door for the Raiders to make it in. This year should be different with Matt Ryan at QB.

Dallas lost Amari Cooper to the Browns this offseason, and their offensive line is so much of a mess that they’re turning to a 40-year-old Jason Peters at left tackle. The Cowboys take a step back in 2022.

De’Andre Hopkins’ suspension couldn’t come at a worse time on the Cardinals schedule. If Kyler Murray doesn’t show why he got that massive contract, this season may be over by the time Hopkins comes back.

There is reason to believe that the Titans offense won’t be able to hang around with some of the better teams, especially against the AFC West teams on the schedule. With Derrick Henry coming off a serious injury last year, and AJ Brown being replaced by rookie Treylon Burks, this is another team that could dip closer to .500.

Miami went out and got Tua Tagovailoa one of the best weapons in the NFL this offseason by trading for Tyreek Hill. This offense must be more efficient if Miami hopes to make the playoffs in a loaded AFC.

Josh McDaniels is out; Matt Patricia is back in. So far, things seem rough for the New England Patriots in training camp and preseason, and injuries beginning to pile up hasn’t helped that.

Urban Meyer’s season of hell is over, and now the Jaguars have brought in a proven head coach in Doug Pederson to help develop Trevor Lawrence. The AFC South doesn’t look like an overly competitive division, so perhaps they can sneak out a few more wins this year.

While Pittsburgh continues to develop rookie QB Kenny Pickett, Mike Tomlin turns to Mitch Trubisky as his starter for the beginning of the 2022 season. Tomlin has never had a losing record as a head coach, so this team should remain at least semi-competitive this year.

The Carolina Panthers season really relies on the health of Christian McCaffrey in the backfield. If he stays on the field, maybe Carolina can compete for that final wild card spot in the NFC.

Zach Wilson suffered a scary knee injury in preseason, but all accounts suggest he should be back early in the season if not in Week 1. That’s good news for an offense that should improve this year.

With the amount of turmoil surrounding the Cleveland Browns organization heading into the year, it’s hard to imagine this team being one of the better teams in the NFL. Jacoby Brissett has never been a game-changer at QB, and when Deshaun Watson gets back, the schedule gets even tougher.

New York is headed in the right direction with a terrific draft that included both Evan Neal and Kayvon Thibodeaux. 2022 won’t be their year of emergence though after losing James Bradberry in the secondary.

Hard Knocks was fun, but let’s not kid ourselves. The Detroit Lions are not going to suddenly become a playoff team because they drafted Aidan Hutchinson. Their defense should be better than it was last year, but an offense led by Jared Goff is still underwhelming.

Carson Wentz is the starting quarterback right now but keep an eye on Sam Howell. If things go poorly at the beginning of the season, we may get a chance to see the rookie step in.

Let’s be honest, the Seattle Seahawks got fleeced in the Russell Wilson trade. They acquired Noah Fant, who should be fine as a tight end, but Drew Lock was unable to beat out Geno Smith for the starting QB job. This team feels like a prime QB candidate in the 2023 NFL Draft.

Now that Watson is out of the organization, the Houston Texans can try to rebuild their team. Davis Mills showed some promising signs at QB, but this team needs a lot more in order to be competitive.

The Falcons have officially committed to the rebuild after trading away Matt Ryan and committing to Marcus Mariota as their starter for the beginning of the season. They have a few intriguing offensive weapons, but their secondary needs a lot of work.

The only thing that can save the Chicago Bears is if Justin Fields can carry this offense. His motley crew of receivers are not the most talented in the league, nor do the Bears have a strong o-line or defense. There’s no reason for this team to be any good in 2022, and if they are, it will be because of Fields.