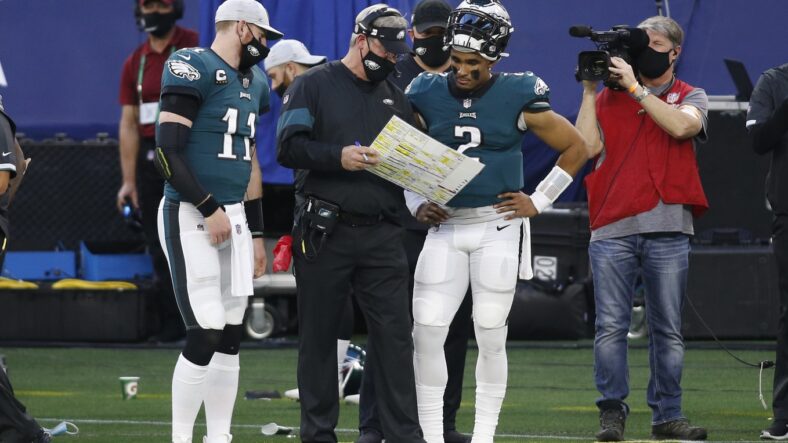 Yesterday, the Philadelphia Eagles pulled off a trade with the New Orleans Saints. They’ve brought in Chauncey Gardner-Johnson to help their secondary. It’s notable news for the Vikings since they take on the Eagles in Week 2.

Take a look at what Tom Pelissero had to add:

The plan to put Gardner-Johnson at safety helps clarify the decision to move on from Anthony Harris. Apparently, the cost was a couple late-round picks (with a seventh heading in NO’s direction).

Keeping up with Minnesota’s passing attack is going to be a difficult task. Justin Jefferson, Adam Thielen, K.J. Osborn, and Irv Smith Jr. are excellent players. Combined, they’re one of the most dangerous groups in the league. Getting all four onto the field at one time makes life difficult for opposing DCs.

Plus, there is an abundance of talent at running back. Kevin O’Connell may find a way to more effectively integrate his RBs into the passing game. Minnesota could certainly benefit from some better screens.

The Eagles will be leaning on their new addition to help slow down the Vikings in Week 2. The Philly secondary also features James Bradberry, Darius Slay, and (former Viking) Marcus Epps. In other words, this is going to be a matchup to watch. The teams are putting strength against strength.

Having a strong start to the season isn’t a must for O’Connell and his Vikings, though it would be a welcome change. Two years ago, the team began with a brutal 1-5 record. Last year, that record improved to 3-3, but the team needed to pull off a couple wins to get back to .500 heading into the Week 7 bye. The team again has a bye in Week 7. Being able to put forth at least a 4-2 record would obviously put the Vikings in a much better position to make the playoffs.

Week 2 was already going to be a notable game since it’s in prime time. The Gardner-Johnson trade makes the game even more interesting. Both teams are in the running for the playoffs in the NFC, so this will probably be a competitive one.