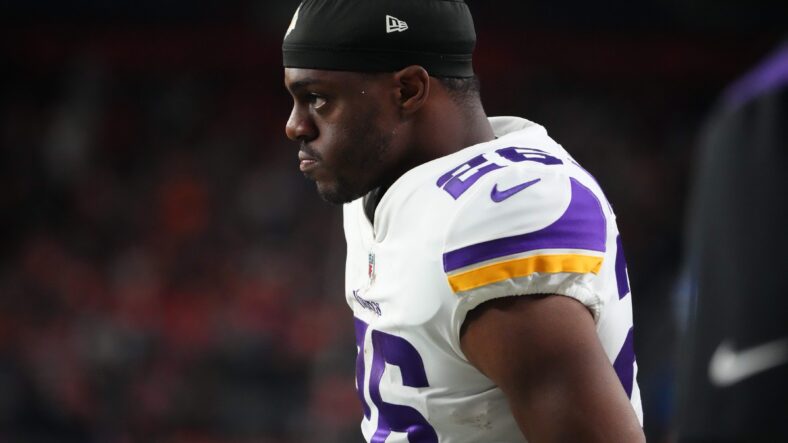 The Minnesota Vikings played their final preseason game on Saturday night against the Denver Broncos. While they ultimately fell 23-13, this gave everyone a final chance to see some of these players compete for a roster spot going into the regular season. Here are a few of the winners and losers of this final Vikings preseason game.

Both Myles Dorn and Josh Metellus have been on the roster bubble essentially since training camp began. Roster spots were guaranteed to be given to Cam Bynum, Lewis Cine, and Harrison Smith, so there likely is only one more spot at the position to be had. Dorn made the best case he possibly could have in order to make the roster between multiple pass deflections in coverage and being in the right spots to make tackles.

If the Vikings wanted to go with a young group with high upside along the offensive line, they had two options for cutting veterans: Jesse Davis and Chris Reed. It’s tough to make the argument to cut Davis considering he has a multi-year contract, so Reed seemed like the guy on the chopping block going into Saturday night. That said, he played well enough at RG and C that it’s going to be tough to cut him from this team.

In a similar situation to Myles Dorn, Kris Boyd has been on the roster bubble throughout the majority of the preseason. Considering he’s missed some time with injury, that just made his spot even more uncertain. Boyd has always been a bit of a boom-or-bust type player, but yesterday it was much more “boom” than it was “bust”. If a final preseason game can swing a player towards landing on the final roster, Boyd deserves to make it based off last night.

The Vikings cut Jordan Berry during the week, effectively canceling the “punt-off” that we had been promised from special teams coordinator Matt Daniels. This gave Ryan Wright all the punting and holding duties, and he could not have done better.

Wright pinned the Broncos inside their own 20 on three of his four punts, and the one punt that ended as a touchback traveled 71 yards. He also was the holder on Greg Joseph’s 58-yard field goal, eliminating concerns about that as well. The Vikings special teams looks fantastic heading into the regular season.

Nick Mullens did not get any playing time after being acquired from the Raiders early in the week, so Saturday night was one last audition for Sean Mannion and Kellen Mond to prove that they deserve a roster spot. Mannion played about the same as he has all preseason, completing 9/16 passes for 121 yards.

Mond had a few nice throws mixed into his night, but his indecisiveness led to multiple sacks throughout the night, including one on a fourth down attempt towards the end of the game. If this game truly was going to decide if either of these players deserved a roster spot, neither stepped up.

If Chris Reed saved his roster spot, it’s likely at the cost of Timon Parris. Parris had multiple struggles in both pass protection and run blocking, and the duo of Blake Brandel and Parris were very leaky on the left side of the offensive line. Brandel’s spot is likely secure enough that he won’t get cut as a result of this game, but Parris’ struggles are noteworthy with Tuesday’s cutdown approaching.

The Vikings defensive front did a rather poor job of putting any sort of pressure on either Brett Rypien or Josh Jackson. UDFA Zach McCloud was a reason for this as he played much of the game and only recorded one pressure. For someone trying to save a roster spot, especially with TY McGill leaving the game early with an injury, this was McCloud’s chance to make a statement.

Not only did Ty Chandler have another outstanding game in Denver, but some of the concerns about Kene Nwangwu as a consistent backfield player emerged. He carried four times for just 14 yards, and he had a fumble that could have ended a Vikings drive. Nwangwu won’t get cut, but there’s a good chance that Chandler rises above him on the depth chart. 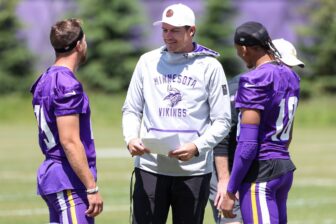